Triumph of the City

Triumph of the City

Glaeser delivers a timely and highly relevant address on topical issues relevant to Auckland's urban policy. Housing affordability, intensification and the planning environment, transport, education and the environment. Following this he joins in a panel discussion with Deputy Mayor Penny Hulse, Chair of the Reserve Bank Arthur Grimes and Robert MacCulloch MSA Chair in Macroeconomics. 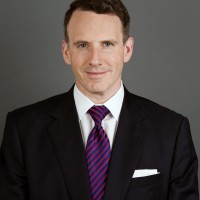 Professor Edward Glaeser is the Fred and Eleanor Glimp Professor of Economics at Harvard, where he also serves as Director of the Taubman Center for State and Local Government and the Rappaport Institute for Greater Boston. Professor Glaeser studies the economics of cities, and has written scores of urban issues, including the growth of cities, segregation, crime, and housing markets.

Councillor Penny Hulse represents the Waitākere Ward on the Auckland Council and is Chair of the Environment and Community Committee.

She brings 25 years of local government experience to the role having first been elected to the Waitākere Community Board in 1992 before being elected Chair of the Board in 1994.

In 1995 she was elected as a Waitākere City Councillor and as a Trustee of the Waitakere Licensing Trust.
Since then she has served as Chair on a range of committees including Healthy City, Environmental Management, City Development, and Community & Public Health. She was Deputy Mayor to Sir Bob Harvey from 2007 until 2010. Following amalgamation, she then served two terms as Deputy Mayor to Len Brown and successfully led the Unitary Plan process.
She has been instrumental in helping build the West and understands the area and people well. Penny has strong links with her community and cares passionately about the Auckland region. She served two terms on the Waitemata District Health Board, is currently a Director of West Auckland Trust Services and an elected member of the Waitakere Licensing Trust.

Penny is a keen cyclist and has been commuting to the CBD from Te Atatu Peninsula by electric bike since the opening of the Nelson Street Cycleway in December 2015.