Living by the Water

Living by the Water

It’s only relatively recently that Auckland has begun to celebrate and treasure the beauty and potential that exists within its urban waterfronts. What we’ve achieved in Wynyard Quarter, with the transformation of industrial land into what’s becoming one of Auckland’s most liveable areas, has opened up the possibilities to Aucklanders. Yet there is so much more that can be done.Renowned British urban expert Professor Greg Clark CBE is in Auckland to lead the Water Edge 2016 symposium hosted by Panuku Development Auckland.  In this, his second appearance at Auckland Conversations, Prof. Clark will moderate a discussion between four urban regeneration leaders from behind some of the world’s most successful water edges, on the movement toward waterfront regeneration.Carl Weisbrod, Chairman of the New York City Planning Commission; Jürgen Bruns-Berentelg, Chief Executive Officer of HafenCity Hamburg GmbH; Richard Brown, Executive Director of Development and Regeneration Services at Glasgow City Council; and Rita Justesen, Director of Planning and Architecture for Copenhagen City and Port Development, will discuss the theme of Living by the Water. Drawing examples from their vast water edge regeneration experiences, this expert panel will share their ideas on how water edge developments can respond to pressing housing shortages, and how to manage density and diversity, retain existing communities and welcome newcomers, and forge a shared ‘sense of place’. 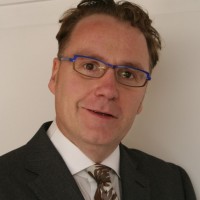 Greg Clark is chairman of the Business of Cities Ltd, providing intelligence and benchmarking services on cities to a global client base. These include inter-governmental organisations such as the OECD, World Bank, Inter-American Development Bank, major firms such as JP Morgan, Blackrock, Jones Lang LaSalle, AirBnB, Siemens, Microsoft, ARUP, Capita, Unibail-Rodamco, and major professional associations in sectors such as Technology, Real Estate & Construction, Retail, MICE, Manufacturing, Law, Higher Education, and Financial Services. The firm also provides benchmarking services to global cities and groups of collaborating cities. Greg Clark’ business role is augmented by activities as a global advisor on city economic development, and as a non-executive director. 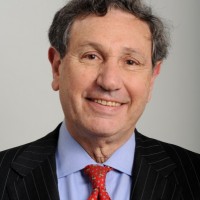 As a member of the de Blasio Administration, Weisbrod is charged with creating land use policies to promote an equitable, resilient, sustainable and economically vibrant city.

Weisbrod has been a key player in the development and implementation of Housing New York, the Mayor's affordable housing initiative, which includes the recent enactment of Mandatory Inclusionary Housing (MIH) and Zoning for Quality and Affordability (ZQA). MIH establishes the most rigorous zoning requirements for affordable housing of any major U.S.city and ZQA is the most important revision of the city's Zoning Resolution since 1961.

Under Weisbrod's leadership, the Department of City Planning is working with communities on developing holistic, place-based, community-driven, ground-up frameworks for growth that will provide affordable husing, along with necesarry retail, amenities, jobs, services and resiliency.

As the founding President of New York City Economic Develpment Corporation, by working in government, leading business improvement partnerships and managing major private sector development, he has led the transformation of some of the city's most dynamic and fastest-growing neighborhoods.

Weisbrod spearheaded the city's efforts to revitalize Times Square into a global hub for tourism and entertainment and guided the post-9/11 recovery of Lower Manhattan, facilitating the evolution of the financial district from an area dominated by daytime office workers into a thriving 24-7 neighborhood. As the President of the real estate divison of Trinity Church, he oversaw the successful rezoning of the Hudson Square neighborhood in Manhattan, paving the way for its development as a dynamic mixed-use neighborhood for creative industries and new housing. 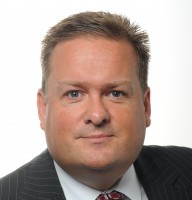 Richard Brown was appointed Executive Director of Development and Regeneration Services at Glasgow City Council in March 2012. He is a qualified General Practice Chartered Surveyor and Member of the Royal Institute of Chartered Surveyors.

Richard began his career in local government in 1988 working with Strathclyde Regional Council. He transferred to Glasgow City Council during the 1996 local government reorganisation. Prior to taking up his current role he was previously Managing Director of both Glasgow Community Planning Ltd and City Property (Glasgow) LLP.

As Executive Director for DRS, Richard's focus has been to drive forward the pace and progress of regeneration in the city in partnership with a broad range of organisations. Richard led the officer negotiations with both UK and Scottish Governments in securing the first ever Scottish City Deal with attracted over £1bn in additional funding into Glasgow and Clyde Valley City Region. 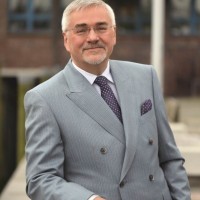 Since 2003, Jürgen Bruns-Berentelg has been CEO of HafenCity Hamburg GmbH, a public company owned by the City State of Hamburg, second most populous city in Germany and center of a metropolitan region of 5 million Inhabitants, charged with the development of HafenCity and other areas. The HafenCity Hamburg development area represents a mixed use 40% expansion of the core city area of Hamburg. The goal is to develop a highly sustainable and outstanding new downtown in the European tradition of urbanism.

Before his involvement with HafenCity Hamburg GmbH, Jürgen Bruns-Berentelg occupied management positions with British, American and German property companies, partly at executive board and board of director level. In the process he was also involved in major projects such as Berlin Central Station or the Sony Center in Potsdamer Platz, located in Berlin.

Jürgen Bruns-Berentelg graduated in geography and biology. He is a real estate economist (ebs) as well. He also is professor for integrated urban development at HafenCity University Hamburg in addition to his executive position. 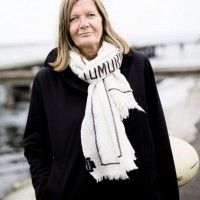 Rita Justesen is the Director of Planning & Architecture at CPH City and Port Development. CPH City and Port is by far the largest development company in Copenhagen. The company's declared objective is to realize development projects and guarantee the desired quality in city districts, public spaces and buildings. Rita's areas of responsibility range from the development of long-term strategies and overall structures for entire urban areas to precise master plans and urban projects. The company also has an approval procedure for all building projects, which leads to control of architectural quality and the interaction between building and context.

Rita Justesen has been an Architect and Chief Consultant at the City of Copenhagen for almost 20 years and has been in charge of many district plans and development processes. She has also initiated many of the large-scale projects involved in the transformation of Copenhagen: particularly in relation to the waterfront. She is also the author of several articles on the development of Copenhagen and has given public lectures all over the world.