Auckland – The rise of a Design-led City

Auckland – The rise of a Design-led City

All great cities have vibrant and pulsating centres - think Melbourne, Vancouver, Barcelona, London and New York. In recent years Auckland has shown an ambition which rivals these other cities and to which Aucklanders and visitors are getting excited about. The changes have been dramatic and they have been quick. No longer ridiculed as “the city of cars” Auckland has turned a corner and is gaining worldwide attention for its efforts.

Sought out by mayors, cities and governments, Ludo Campbell-Reid is a globally renowned urban design thought-leader, city planning expert and international keynote speaker with over 24 years’ public & private sector experience on large-scale city transformation projects. He is an internationally respected commentator on cities and appears regularly in the media and trade press.

As Design Champion for Auckland, Ludo is accountable for achieving design excellence in Council’s plans, policies and projects; working alongside the private sector and community to deliver exemplary design outcomes and promoting the council’s design-led city agenda across the organisation, the wider Auckland community and internationally.  He is also the General Manager of Auckland Council’s Auckland Design Office (ADO), a department of multi-disciplinary design and place activation professionals charged with spearheading Auckland’s design-led renaissance.

In 2015 he was described by Metro Magazine as one of the Top 50 Most influential Aucklanders. The NZ Property Council People Awards in 2016 labelled his as the "lightning rod for the transformation of downtown Auckland". While Paperboy magazine branded him as "the Design Champion with an unshakeable faith in Auckland". He was nominated as one of NZs Most Creative People by Idealog magazine (2017). 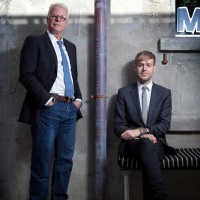 Cheshire Architects is a partnership of Father and Son directors Pip and Nat Cheshire, who have previously run both the smallest and the largest architecture firms in New Zealand, and have worked together for over a decade, receiving global acclaim and awards. Recent projects include Auckland’s Q Theatre; the development of city precincts at Britomart, City Works Depot and Osborne Lane; the University of Auckland’s Marine Research Campus; the reinvention of nationwide offices for Genesis Energy; The Mountain Landing peninsula and its luxury lodges; bespoke retail stores throughout New Zealand and Australia; and a host of Auckland’s most recognised and best-loved hospitality spaces. 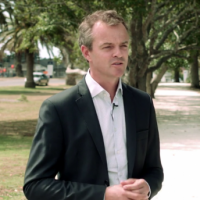 Mark Fraser has 15 years finance and property experience. Prior to his appointment at Hobsonville Land Company Mark was contracted to Waterfront Auckland to lead the redevelopment of Queens Wharf and deliver the popular Cloud for the RWC 2011.