Find out how the Auckland Council Group is working together via the City Centre Integration team to build a well-connected, world-class city centre that attracts Aucklanders, tourists, students and businesses, while encouraging investment, development and job creation. This session focuses on the downtown precinct and its connection to the waterfront – an area essential to Auckland’s economic vitality and its vision to become an internationally competitive city. 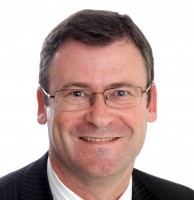 Shale Chambers is chair of the Waitemata Local Board. Shale holds the Board portfolio leads for Parks & Open Spaces, ad Arts, Culture & Events and is member of CBD Advisory Board, and Chair the Central Facility Partnerships Committee of the isthmus Boards.

Sought out by mayors, cities and governments, Ludo Campbell-Reid is a globally renowned urban design thought-leader, city planning expert and international keynote speaker with over 24 years’ public & private sector experience on large-scale city transformation projects. He is an internationally respected commentator on cities and appears regularly in the media and trade press.

As Design Champion for Auckland, Ludo is accountable for achieving design excellence in Council’s plans, policies and projects; working alongside the private sector and community to deliver exemplary design outcomes and promoting the council’s design-led city agenda across the organisation, the wider Auckland community and internationally.  He is also the General Manager of Auckland Council’s Auckland Design Office (ADO), a department of multi-disciplinary design and place activation professionals charged with spearheading Auckland’s design-led renaissance.

In 2015 he was described by Metro Magazine as one of the Top 50 Most influential Aucklanders. The NZ Property Council People Awards in 2016 labelled his as the "lightning rod for the transformation of downtown Auckland". While Paperboy magazine branded him as "the Design Champion with an unshakeable faith in Auckland". He was nominated as one of NZs Most Creative People by Idealog magazine (2017).