New York – A City for People

New York – A City for People

Janette shares her expertise on sustainable public transportation in New York City. Janette has led on many innovative projects such as the creation of Broadway Boulevard, installation of 60 plazas, the addition of more than 365 miles of on-street bike lanes and the creation of Citi Bike (which is North America's largest bike share system) car-free summer streets weekend pedestrian walks and creating more durable and attractive streets. 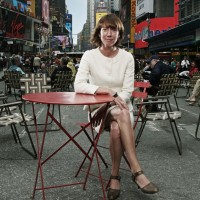 Janette Sadik-Khan served as Commissioner of the New York City Department of Transportation (NYC DOT) from 2007-2013, where she implemented an ambitious program to improve safety, mobility and sustainability, and ensure a state of good repair on the city’s roads, bridges and ferries. At Bloomberg Associates, she works with mayors around the world to reimagine and redesign their cities with innovative projects that can be developed quickly and inexpensively.