Living in a Warmer World

Living in a Warmer World

Jim Salinger is an expert on climate change and has examined the future impacts of climate and climate change on the Auckland region. This presentation examines what Auckland will be like in a warmer world. 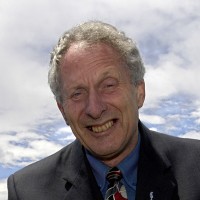 Climate Scientist – The University of Auckland

Dr Jim Salinger is an internationally renowned climate scientist based at the School of Environment, University of Auckland. Dr Salinger spent almost 30 years with the New Zealand Meteorology Society and Niwa. He was a lead author for the Intergovernmental Panel on Climate Change which was awarded a Nobel Peace Prize in 2007. From 2006 to 2010, Salinger was President of the Commission for Agricultural Meteorology at the World Meteorological Organization. In 2012, Salinger was Lorry Lokey Visiting Professor at Stanford Woods Institute for the Environment. 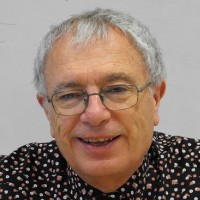 At Auckland Council Dr Roger Blakeley was responsible for the development of the Auckland Plan, a blueprint setting out the long-term vision and framework for Auckland over the next 30 years. Dr Blakely specialises in transformation projects including the reform of NZ’s State Coal Mines into modern commercial enterprises and worked extensively in the public sector as CEO of Porirua City Council, Secretary for Internal Affairs, Chief Executive for the Department of Internal Affairs and Secretary for the Environment, Ministry for the Environment.Rogers awards include the Harkness Fellowship, Stanford Graduate School of Business Sloan Fellow, NZ Institution of Engineers Gold Medal, NZ National Society for Earthquake Engineering Otto Glogau Award and NZ Planning Institute’s Alfred O Glasse Award. Roger has represented NZ at the United Nations Framework Convention on Climate Change Berlin, the United Nations Conference on Environment and Development (UNCED) Brazil, the UNEP/WMO Intergovernmental Panel on Climate Change Geneva, and the Montreal Protocol on Substances that Deplete the Ozone Layer, Finland and chaired the OECD Environment Committee, Paris.