In association with Human Rights Commission

A double amputee as a result of the 2005 London bombings; learn how she overcomes the physical and emotional hurdles she faces every day and why she's devoted her life to working for peace. 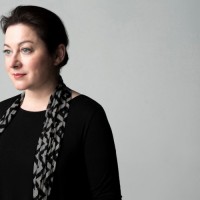 Dr Gill Hicks MBE FRSA is widely regarded as one of the most thought provoking, powerful and life-affirming speakers in Australia. She was severely and permanently injured in the London bombings of 2005, losing both of her legs just below the knee. She is determined to do all she can to deter anyone from following a path of violent action and believes everyone can make a personal difference to create a confident global community and a sustainable peace.

A successful design curator and publisher, Gill owned two multi-disciplinary consultancies in London before heading up the curatorial team for the UK Government funded, Design Council.

In 2007 Gill founded the not-for-profit organisation M.A.D. for Peace, a platform that connects people globally and encourages us to think of 'peace' as a verb, something that we have an individual responsibility to 'do' every day. She has received two Honorary Doctorates. A recipient of many honors and prizes, Gill was most recently a finalist for the 2015 Australian of the Year award.