Mike Lydon is principal of the urban planning design firm The Street Plans Collaborative. An internationally recognized advocate for liveable cities, Mike seeks to improve the quality and function of the built environment and increase the effectiveness of multi-modal transportation as a means to creating more competitive and sustainable 21st century towns and cities. 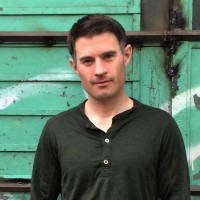 Mike Lydon is a Principal of The Street Plans Collaborative.  As an internationally recognized planner, writer, and advocate for livable cities, his work has been featured by NPR, The New York Times, CNN Headline News, The Atlantic Cities, Planetizen, Grist, Salon, Next City, Architect Magazine, and Streetsblog, among other publications. A founding member of the New England Chapter of the Congress for the New Urbanism (CNU), a Board Member for CNU New York, and a steering committee member of the Next Generation of New Urbanists, he remains active in both local and national planning, design, and smart growth advocacy issues. He also speaks and leads workshops internationally on the topics of smart growth, livable cities, tactical urbanism, planning and social media, and complete streets/active transportation. Mike currently serves on an Executive Committee for The Harbor Ring, is an advisor to the Bicycle Coalition of Maine, and sits on the Board of the Center for a New American Dream.